Last weekend, we sponsored and attended our first PennApps, the world’s largest student run hackathon held at the University of Pennsylvania in Philadelphia. Nearly 500 students participated from a variety of universities across the US and elsewhere. Students were given 36 hours to get into teams, hack on projects, then show them off to the judges. The results were astounding. In total, over 100 hacks were submitted. Here are some of my personal favourites. 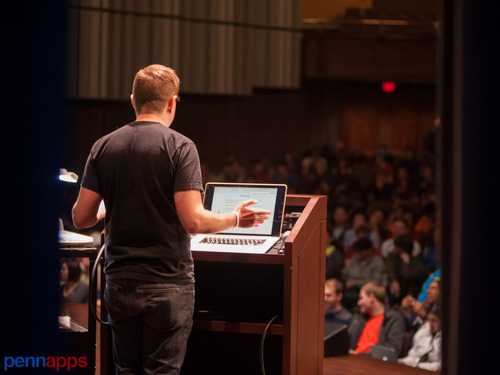 The winners of the Best Audio Hack Prize, Cloud Sequencer is an app that allows you to hook up a midi keyboard to your browser, and map portions of SoundCloud tracks to the keys. The level of polish on this app was amazing and I’m happy to note that the team is working on making a public version available that will work with a midi keyboard or your computer’s keyboard. Here’s the team, Noah Klugman, Max Seiden, Gaurav Kulkarni and Yunxing Dai demoing their project.

This was fairly mind blowing. Four High School students, Jared Zoneraich, Kenny Song, Russell Kaplan, David Maginley built SoundSculptr. SoundSculptr uses a Leap Motion to enable users to create music by moving their hands. It’s a fantastic idea and they pulled it off brilliantly. You can even upload the result to SoundCloud!

Ever checked out a neighbourhood using Google maps Street View? Astoria takes this to a new level by allowing you to use your phone to “steer” your way through a city Grand Theft Auto style, pulling in venues from Yelp as you pass them, showing property values, and letting you listen to local sounds on SoundCloud. Get the full neighbourhood experience with this app. Astoria was built by Joshua Ma, Anisha Pai, Max Kolysh and Thomas Georgiou. Here’s team member Anvisha Pai giving it a go. 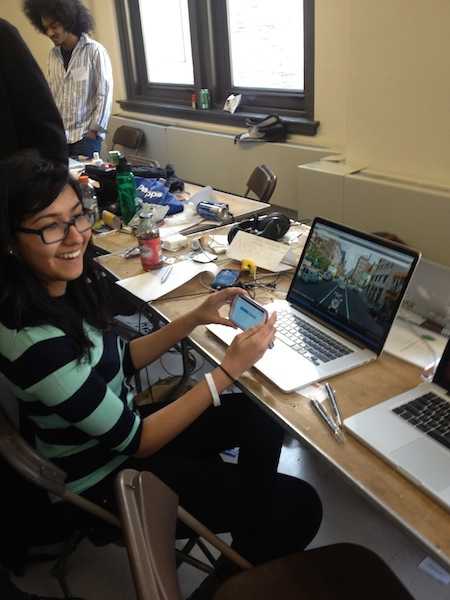 I love apps that explore new ways of telling stories. LiveTale, built by Nathan Schloss, Yair Aviner, Ben Glickman and Tyler Cloutier lets users record snippets of a story or listen to previously recorded story tales plotted on a google map. Bonus points for deploying it live, so you can check it out. 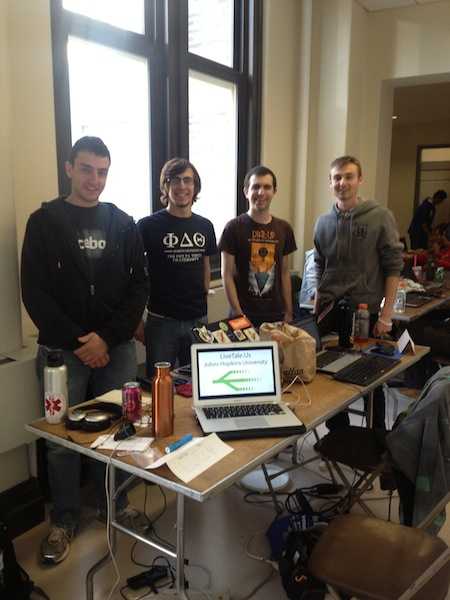 This one made me laugh. Built by Dina Lamdany, Christopher Yan, Daria Jung and Nate Brennand, Instagramaphone allows you to record audio and then apply “Filters” before sharing it with the world. Such a brilliant concept and really well executed. Check it out and start playing with filters now. Oh, and they had a banana on their team. I applaud this. 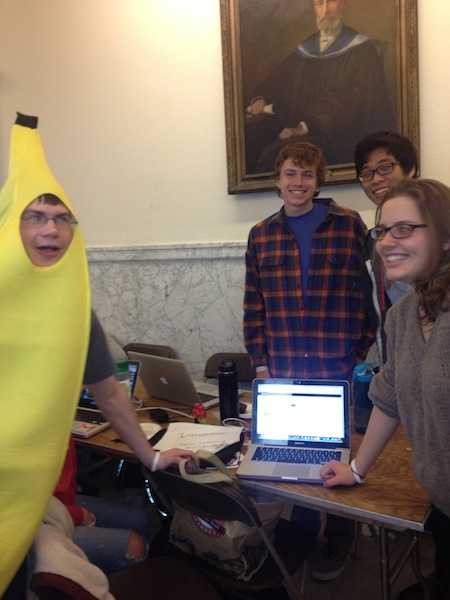 I could go on, there were so many amazing hacks. Special mention to The Musical Toilet which lets users control SoundCloud with their, ahem, stream.