How to Make a SoundCloud Powered Children's Toy

Just over a week ago we had our first internal hackathon at SoundCloud. You can read (and listen!) about it on our community blog or read some of the awesome press coverage the event received. 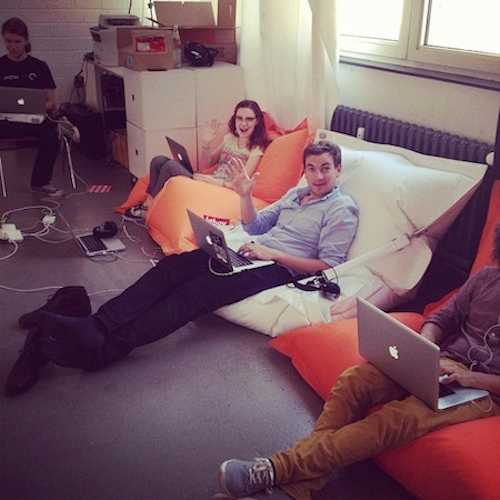 We had over 60 people attend and over 20 projects were demoed. I joined a team organized by Josh Devins to build ToyBox, a children’s toy that plays sounds from SoundCloud in response to physical events. The team consisted of myself, Horaci Cuevas, Josh Devins, and Oliver Hookins.

The first task was to come up with a design for our project. An Arduino fitted with gyro, accelerometer and motion sensors provided the interface between real world events and the rest of the system. A Raspberry Pi would then run the following pieces of software:

To provide an interface for toy owners to register a toy (id’d by the Raspberry Pi’s MAC address) and associate SoundCloud sounds with events, we built a simple Sinatra application that we hosted on Heroku. toybox:webapp also provides a couple of endpoints that serve JSON describing what sounds should be played when for a particular toy. This provided the service endpoint needed by toybox:downloader.

There was a bit of frantic integration work at the end, but it did all come together nicely. It was great to see sounds being played from SoundCloud whenever a button was pushed, or the toybox was shaken, tilted or spoken to. 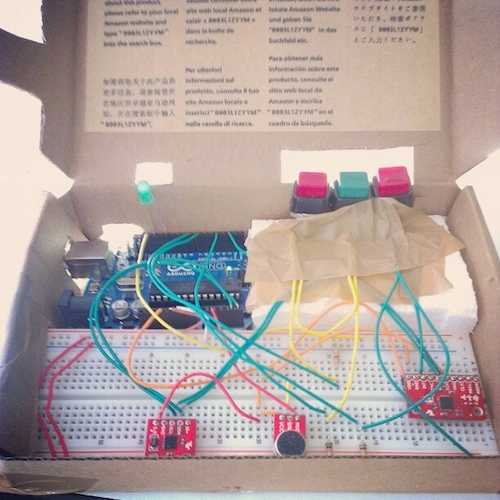 Making it pretty is a job for another hackathon :-)