We at SoundCloud want to build the best sound player for the web, and we want to do that using the Open Web standards. While working on the native audio features on our mobile site and new widgets, or even as an experiment on the main site, we have discovered that the HTML5 Audio standard is not equally well implemented across all modern browsers and some decisions can be made that would benefit the web audio users and web developers alike. Soundcloud launches the “Are We Playing Yet?” project, which aims to raise the awareness about the state of HTML5 Audio implementations in the web browsers. 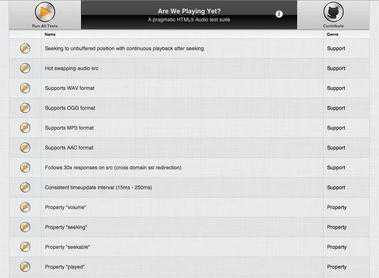 We have decided to help the parties involved and collect the issues in one place, document them, provide the code and add interactive tests that will show the implementation progress. We understand how the software development works, and that a few iterations are needed until something is fully done. We hope ”Are We Playing Yet?” can function as a handy development and quality monitoring tool. 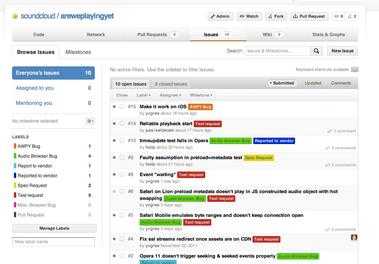 “Are We Playing Yet?” was started by SoundCloud but it’s open to all companies and developers who care about the state of HTML5 audio and want to build applications based on this Web standard. You can get the project source on GitHub, contribute tests and fixes via the pull requests or Issue Tracker, and connect to the people involved via @areweplayingyet on Twitter.